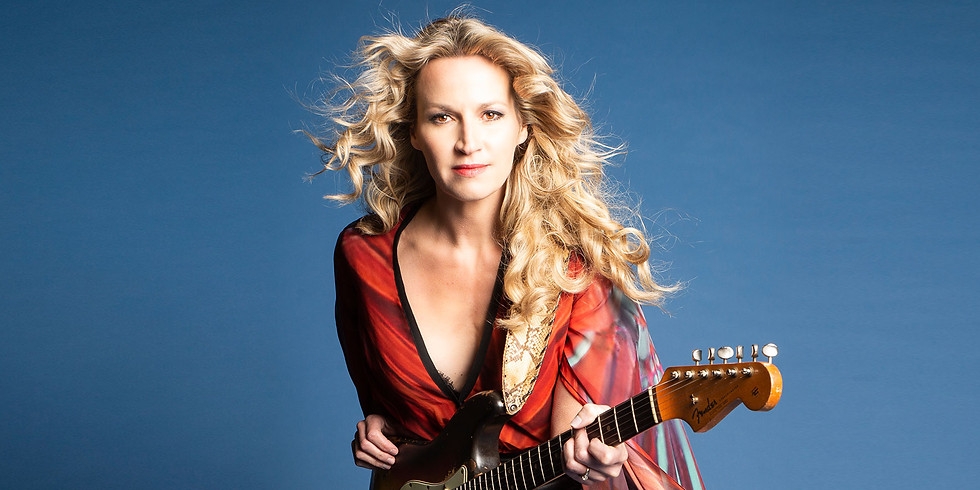 This is not April fools joke. She is really playing a full concert with her phenomenal 6-pieceband at our good old Flying Dutchman. For the first time in the history of the Flying Dutchman we proudly present the international Superstar and one of the best female guitarists in the world Ana Popovic.

She shared stages with Joe Bonamassa, Jeff Beck, B.B King and many others, and now the Serbian hurricane is coming on April 1st to our beloved little venue. The award-winning guitar player, singer, and songwriter, recently celebrated 20 years as a touring musician. She’s proudly looking back at the career of thousands of shows worldwide. Popovic’s passion on stage is evident and the title sums it up, this IS what she lives for.

Today, you’ll find Popovic in a select group of excellent modern blues guitar players. One reason could be the fact that she’s always willing to work a little harder and travel a little further to master her craft. That dedication has resulted in 12 albums, two DVDs, and six nationwide Experience Hendrix tours. She’s been nominated for seven Blues Music Awards, and appeared on the covers of Vintage Guitar and Guitar Player magazine. Her albums Can You Stand the Heat and Unconditional were USA Today Picks-Of-The-Week and featured on NPR Weekend Edition. Nearly all of Popovic’s albums reached the top of the Billboard Blues Charts. She and her phenomenal 6-piece will exclusively play in Luxembourg that day and yes not in a big