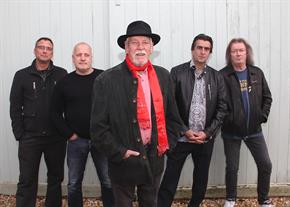 You could not be blamed for thinking that, with the monumental success of Procol’s first smash hit, the band just stopped there, like so many others. But even the recently-awarded accolade of ‘most-played single of the past seventy-five years’ has not quelled their drive to go forward.

Recent years have seen a selection of re-mastered albums and new live releases. 2014 brought a double CD, Inside/Outside, celebrating over forty years of studio and live recordings. …Some Long Road… was the fourth in a series of download-only live albums, recorded on the 2012 US tour. Procol continue to tour in many territories, and are considering options on three continents at the moment.

In recent years Procol have released ten re-mastered CD albums, plus the 2CD anthology Secrets of the Hive (all generally available in Europe, and sourceable on import); their DVDs In Concert with the Danish National Concert Orchestra and Live at The Union Chapel have been widely acclaimed. There’s also a special 4-disc CD/DVD box-set compendium – aptly titled All This and More – featuring 68 of the band’s many unique compositions: this prompted Classic Rock magazine to note that ‘it’s small wonder The Who’s Tommy and Queen’s Bohemian Rhapsody can be traced to Procol’s influence’. It could be termed a plethora of Procol.

The quality of writing and performance has remained Procol Harum’s gold standard through gradually-mutating line-ups: each participating musician has kept the band searching for, and reaching, new and exciting heights, preventing Procol from resting on their considerable laurels. The band has been in the studio when other commitments have allowed, and this year schedules more work towards a new album.

Below decks lies a purring engine of a rhythm section in the hands of bassist Matt Pegg, who joined Procol in 1993. Following the footsteps of his father (Fairport’s Dave Pegg) Matt toured with Jethro Tull, plays in Rick Wakeman’s band, and collaborates with folk-rock supergroup The Gathering, Francis Dunnery, Chris Difford of Squeeze, The Drifters, and The Stone Roses’ Ian Brown.

Drummer Geoff Dunn, in the hot seat at the back, joined in 2006, and – having been the driving force with such luminaries as Jimmy Page, Dave Stewart, Van Morrison and Manfred Mann – brings his own personality to the Procol catalogue, contributing added excitement for band and audience alike.

Josh Phillips started deputising on Hammond organ for Procol in 1993 but has been in full charge since 2004. His career started in 1979, with a long and fruitful association with Pete Townsend. His ‘office job’ is writing TV music (with ex-Chris Evans producer Dan McGrath) such as the award-winning theme-tune for the BBC’s Strictly Come Dancing (‘Dancing with the Stars‘); for live work he divides his time between Procol Harum, Midge Ure and The Crazy World of Arthur Brown and, as MD of Kenney Jones’s annual ‘Rock and Horsepower’ charity concerts, has played with The Who, Rod Stewart, Ronnie Lane, Jeff Beck and many more.

Last, but never least, we have twenty-four year veteran Geoff Whitehorn who, since filling the sizeable boots of Paul Kossoff in Back Street Crawler, has supplied lead guitar by appointment to the British rock aristocracy in the form of Roger Chapman, Elkie Brooks, Paul Rodgers and Roger Daltrey, to name but a few.

Procol’s undeniably illustrious pedigree guarantees them a golden future. The secret of the band’s continuing success, Brooker firmly believes, is the material: « We don’t do pop songs as such. Procol Harum is a soul and blues band, which has these other influences because of the people who are there. A Whiter Shade of Pale wouldn’t have been such a big hit, nor A Salty Dog or many other songs, unless they’d had soul. »

Brooker is happy performing Procol’s classic hits and crowd-pleasers, yet there is always a mix of new or rare songs on the setlist to titillate the legion of fans who follow the band more than casually. And the material – never written with fashion in mind – has never dated. As he says, « Take (1974’s) As Strong as Samson, which is to do with the problems of war: the words are just as relevant now. And Holding On from (1991’s) The Prodigal Stranger, that was written during the Gulf War: put it on again today – the world hasn’t changed. » Or listen to the prophetic message of The Wall Street Blues, written in 2002, and understand that this is a band that keeps you thinking as well as entertained.

While you wait for the new Procol Harum studio album, you have the chance to enjoy recent releases, Inside / Outside and …Some Long Road…, in addition to the existing catalogue. Download albums are available on iTunes and other media, but are also available at 320kbps through ‘Beyond the Pale’, (www.procolharum.com).

The re-mastered catalogue albums in print are Broken Barricades, Live at Edmonton, Grand Hotel, Exotic Birds and Fruit, Procol’s Ninth and Something Magic – all including a number of bonus tracks, some previously unreleased. And look forward to a special box set celebrating fifty years of great Procol music since their first release, A Whiter Shade of Pale.

Procol Harum rocks on, in all their splendour: a galleon in full sail and soul. 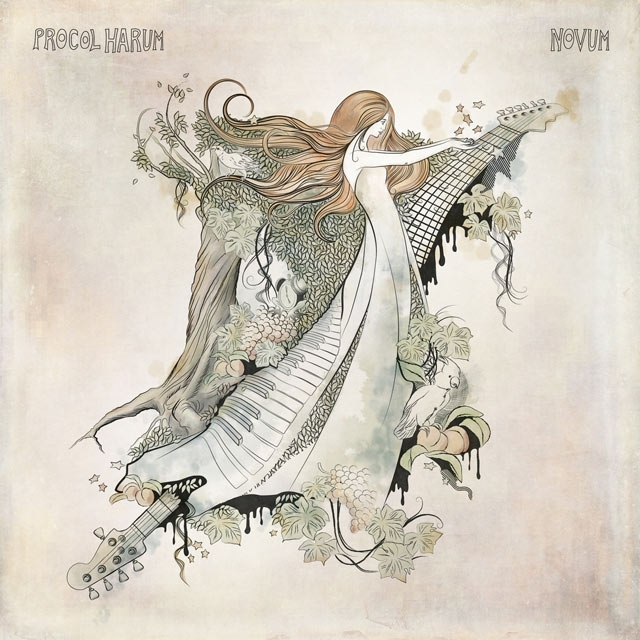