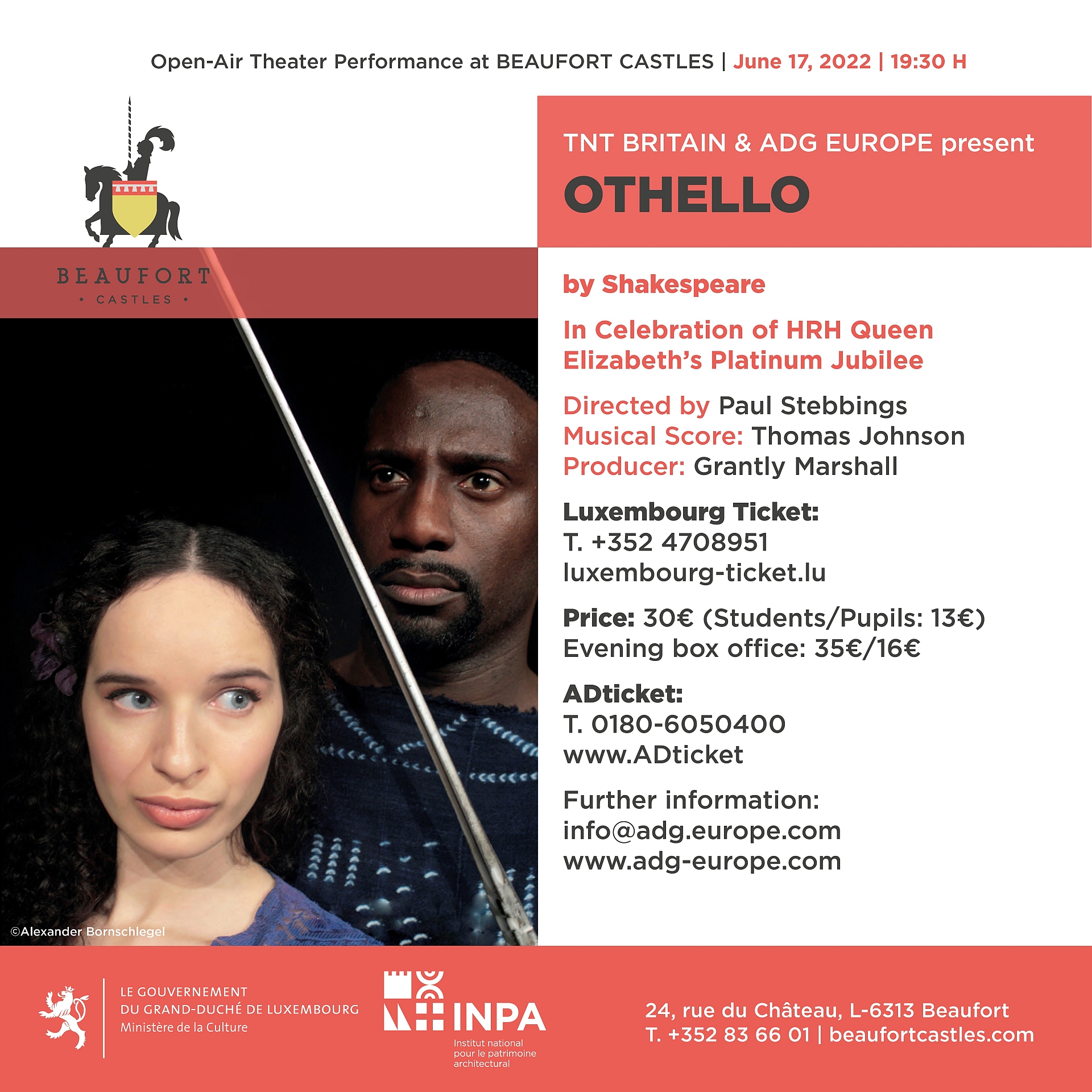 Othello is Shakespeare’s most perfect play, a masterpiece of dramatic construction. Othello is a thriller, a love story, a tragedy and an exploration of race, prejudice, power, war and human folly. Othello was written by Shakespeare at the height of his powers, its poetry is finer than Hamlet, its psychology deeper than Macbeth, its love story more compelling than Romeo and Juliet, its heartbreaking tragedy more moving than King Lear. Othello might be the finest play ever written.

However, like so many of Shakespeare’s greatest plays, it is a work much misunderstood. This is not a play about the helpless victim Desdemona falling to the cruelty of her husband and treachery of Iago. This is a play about fascination – fascination in love, fascination and jealousy, fascination and death. The central characters are caught in a terrifying vortex of their own making and perhaps their own desire. Othello is the fascinating outsider, the dark « other“, but also a conqueror, general and leader of men. Iago is Shakespeare’s largest role, a huge complex character consumed by envy and giddy with the power he wields over his so called « superior » Othello. Desdemona abandons herself to the Moor in defiance of her father and embarks on an adventure whose tragic end is perhaps a form of desire.
Paul Stebbings directs Othello, Thomas Johnson composes the score – this is the same team that brought Hamlet and Oliver Twist successfully to the stage and toured world wide. The company’s Othello is marked by clear storytelling, gripping action and visual imagery all complemented by a live score sung and played by the performers. The historical setting is true to Shakespeare’s original and this powerful performance evokes the style that was used at the Globe in the Bard’s own time.

“I never knew Shakespeare could be so entertaining.” CNN TV

“This brilliant production of Othello hurtles along at an extraordinary pace and merits the regular applause between scenes delivered by the spellbound audience”. Augsburger Allgemeine

“TNT are known as the most popular touring theatre in the world”. China National TV.

“If young people need to be persuaded to go to the theatre TNT are the company to see” Sudkurier.